Adventists like to compare the world before Jesus comes again to the world
before the flood. So far so good.

But I wonder if Adventism has thought long and hard about one of the flood story’s most interesting aspects: God creates (at the creation) and then uncreates (at the flood). God essentially starts things over. Things got ruined somewhere along the way and He presses the reset button.

Is there any way this could relate to the Adventist church—the institution? Adventists believe that if their denomination was sanctioned in the first place, it will be sanctified forever. That because it has existed it will always deserve to exist. That because Ellen White was around and participated in the Adventist organization—a sure brush with the divine—that the divine imprint will forever grace the organization. That the Adventist church could never become so oblivious, useless or just plain messed up that God would press the reset button.

But the Bible clearly gives precendent and warning that something that was once “very good"—even something God Himself brought into existence—can be uncreated. In other words, when things haven’t worked out right in the past—God has shown that there can come a time when He will start things over.

Obviously, if there had never been a fall in the first place, what was very good would have been very good in perpetutity. But that wasn’t the case. Sinless Adam’s brush with the divine didn’t guarantee sinful Adam infinite brushes with the divine. When a wrench got thrown into the spokes, the bike sent humanity flying through the air. Humans that had enjoyed riding along in God’s presence weren’t allowed to continue doing so just because they had once enjoyed the privilege. In other words, there are consequences to not doing what God asks and wants.

Adventists have a job to do and we’re all too familiar with it: three angels this and three angels that. The problem is that Adventism is failing at that job. You had one job…

Tell me God won’t start over if He has too. Adventists who know their history know that EGW wasn’t God’s first pick for a modern-day (modern in her time, not so much in our time) prophet. God checked in with a couple other people who spurned Him before settling on Ellen (and PS, EGW herself wanted to press the reset button on the Adventist church in 1901). So tell me that if the Adventist church spurns God He won’t land on another group and empower them with His Spirit. Go ahead. Say it like you mean it but I still won’t believe it.

It’s like Adventists are still thinking in terms of Legos when the rest of the world has moved on to Minecraft and unlimited, cheap (next to free) digital bricks unconstrained by any sort of physical limitaion. Adventists want to build Lego churches in the real world and then hold evangelism seminars and meetings in them. Meanwhile, an avatar can’t walk into a physical church. Adventists want to pipe fiber into their Lego properties and stream pastors from other churches into the old-school services—Adventists think that is using the Internet. Adventists aren’t building digital churches with digital bricks. Adventism is trying to live in the equivalent of the dark ages while the world is for all intents and purposes living in the future. 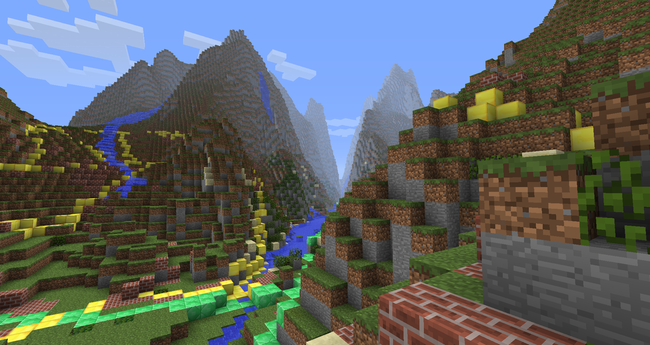 In short the Adventism that exists today is a ghost of the past. If Martin Luther himself were beamed into 2015 the Adventist church would have advanced so embarrasingly little since his time that he’d probably feel right at home—his methods would certainly fit right in (stand in front of a pulpit in a brick and mortar church and preach).

Here’s the mission statement of the Adventist church (I’ll let the denomination speak for itself):

The mission of the Seventh-day Adventist Church is to make disciples of all people, communicating the everlasting gospel in the context of the three angels’ messages of Revelation 14:6-12, leading them to accept Jesus as personal Savior and unite with His remnant Church, discipling them to serve Him as Lord and preparing them for His soon return.

One of the key words in the mission statement is communicating. A message that isn’t communicated might as well not exist. The Adventist church is full of people with good intentions: they WANT to reach to world with their message. But can they communicate it? If a tree falls in a forest and noone is around… does it make a sound?

One well-known (within Adventism) Adventist pastor/"evangelist” tells his staff that he is the pastor to the twighlight zone because the people that show up to his events are not normal. In his mind, though, that is normal. Normal people aren’t ready to accept the gospel as he preches it.

But in my mind that is a cop-out. A sorry excuse. What he is doing—and what the NAD continues to cherish and fund and cheer for—doesn’t reach “normal” people.

Of course it’s possible to reach normal people. Lecrae does it.

But the same guy who said he reaches the twighlight zone said he’s “so over” trying to reach niches. He has given up on anything but a one-size fits all mentality. The problem is, OBVIOUSLY, that one size does not, OF COURSE, fit all. That’s not the case in fitted hats and that’s not the case in reaching out to people. And so he’ll go to Africa where there’s far less technology and ply his craft there (in the past) where his outdated methods still get some traction and call himself a success.

Basically he’s given up. He’ll do what he knows and hope it does something. And that’s really a snapshot of Adventism in general.

If normal people don’t respond to their message because they don’t know how to communicate it (and communicate could really be unpacked—there’s a lot more to it than just saying something, but that’s another post) then they are doomed. They aren’t Adventist and they never will be and they just don’t get it and that’s too bad.

Ya, it is too bad. Too bad for Adventism. Because I really believe that good intentions are not enough.

Will we see a pre-Advent post-Adventism? I think it’s already starting to rear it’s head. If God can make a donkey speak, He can make a stone cry out (hmm perhaps I should rename this blog “A Stone’s Cry”).

Jesus is the cornerstone. The Jews missed it then. They wanted to carry on their traditions to the point where they didn’t want The Messiah to show up. Well Jesus is still the cornerstone. Not Ellen White. Not big tent revivals. Not committees, not presidents and not potlucks. Is Adventism wanting to carry on it’s traditions so badly that they don’t really want Jesus to show up?

I’m a Christian who is a Sabbatarian, who believes prophecy isn’t just a thing of the past and that dead people don’t go straight to heaven when they die. I also happen to think that Jesus is coming again very, very soon. I’m anything... Continue →